You are here: Home / Anniversary Celebrations / Top 5 Worst Places To Take Your Wife For Your Wedding Anniversary

Every year there are some dates that you just shouldn’t forget: You’re partner’s birthday, Valentine’s Day, your kids’ birthdays and most importantly of all…your wedding anniversary as this will NEVER be forgiven. For a man forgetting a wedding anniversary is akin to committing mass murder or being evil towards puppies.

There really is no excuse. It’s just once a year and there are 52 weeks to prepare for each anniversary, but coming up with new ideas as to how to celebrate it and where to go can become increasingly difficult.

You can be creative when choosing a place to celebrate your anniversary, especially if it’s a surprise but the biggest surprise of all is when you take your wife to one of the “oh-my-god-did-he-really-do-that” locations. Some places are just never appropriate for a wedding anniversary.

So that you don’t get into trouble, here’s some helpful advice about where NOT to take your wife on that special day: 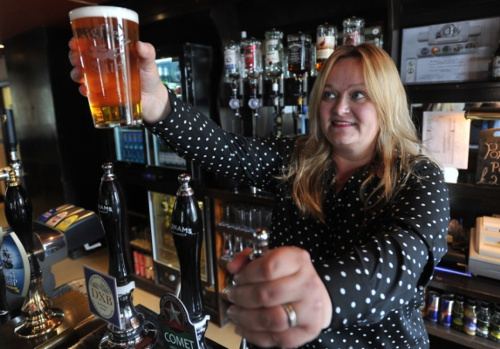 I’m sure Pete the barman would be delighted to welcome you both to his pub on your anniversary but your wife will want give you a swift kick in the nads if you think that this is what she wants on her special day.

“2 pints of Guinness and a packet of peanuts please Pete” is not what your wife wants to hear whilst Dancing Dave sings Staying Alive on the karaoke in the background. This is not romantic and even though you think she would really enjoy an evening celebrating with your mates in a noisy pub, this choice of location can only lead to 364 days of pain until you make amends on the following anniversary.

Stay away from the pub no matter how good the Guinness is. 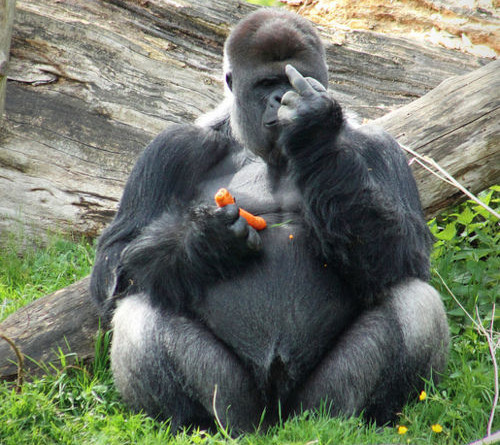 “Roar”, “snort”, “squeak”, “neigh”, “hiss” and “oink” are not the sounds the wife will appreciate on that one day a year when she needs to feel like the most special person in the world. The smell of a camel does not compare to the smell of freshly cut flowers and a chimp flicking its own poo at another chimp is only so funny.

Don’t be mistaken that a zoo can be fun or made romantic by walking around with a bunch of flowers and then having a picnic where the ducks have been doing their business. It’s not and the wife will not appreciate it in any way. 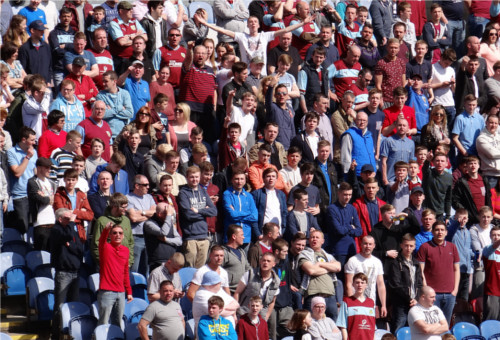 “Goooooaaaaaaaal” is not what you will screaming out at the end of the evening if you decide to take your wife on a supposedly romantic trip to a football game. No matter how much she lets you get on with watching football for countless hours on TV, she does NOT want to spend her special day in the confines of a noisy football stadium, even if your mate Fun Steve is there to entertain with his silly antics.

Your wife may, strangely, actually like watching sweaty men kick a ball around a field but this is not the place to celebrate your anniversary, no matter how special the match may be. The day should be about her, she should be the centre of attention…not the 22 sweaty men chasing a ball. 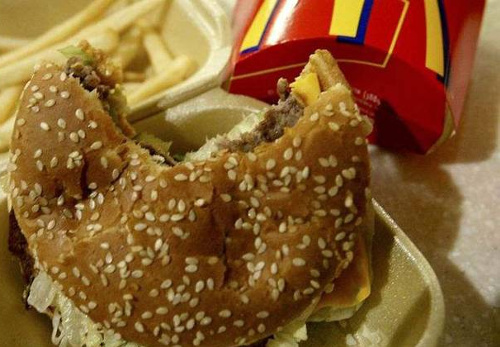 On her anniversary she will definitely NOT want fries with that! It may be silly to even have to say this but there have been cases of deluded men thinking that this is a lovely, romantic gesture to invite his loved one for a Big Mac on their anniversary. I can only imagine that any man brave enough to venture down this route will find the aforementioned Big Mac shoved right up his…..

Suffice to say, no matter how you present it, there is no way that a fast food restaurant with a clown or a king can in any way ever be considered an acceptable place to take your wife on your anniversary, not if you actually value your own life.

5. Where you met your ex 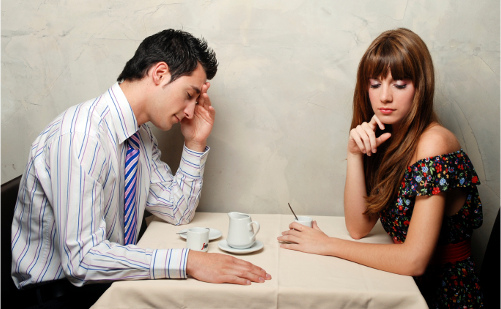 Women never forget…anything! If 10 years ago you happened to somehow mention where you first met your ex-wife or previous girlfriend….she will remember every detail of exactly what you said. She can even, quite scarily, repeat it back to you, word for word.

10 years later you surprise her by taking her to that place where you met your ex, not even thinking that you actually mentioned it in passing one day, all those years ago. She probably wouldn’t say anything to begin with but she would be making you feel very uncomfortable and you’d be none the wiser as to why she was being so cold towards you on your anniversary. Then at some point in the evening she would slip into the conversation your ex’s name….and then you would freeze, realising that you had made one monumental error! At this point there is nothing you can do, it’s too late.

Save yourself, no matter how good the place is, if you entertained your ex there don’t take your wife, she knows!

I hope the above points help you to stay out of trouble when celebrating your next anniversary and that you choose your location carefully, after all, it’s only once a year and you’ve got 52 weeks to plan it.

« How do you Face your First Anniversary Alone?
Celebrating your 1st or 2nd wedding anniversary in 2022? »