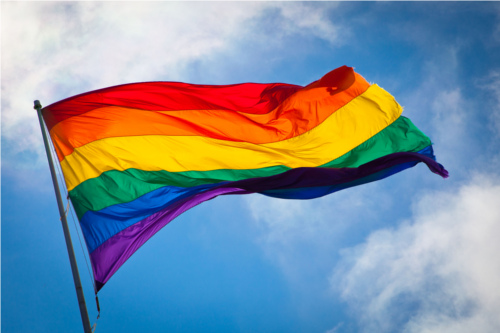 After the first legalised same sex marriage took place in the UK (with the exception of Northern Ireland) on 29 March 2014, more than 7,000 same sex couples got married and a further 7,000 same sex partners converted their civil partnerships into marriages, men more so than women.

With more and more countries, cultures and societies accepting Equal Marriage as a norm rather than a controversial novelty, such terms as Wedding and Wedding Anniversary no longer exclusively apply to heterosexual couples, at least not in the United Kingdom, Canada, US, and New Zealand.

The custom of celebrating wedding anniversaries is a centuries’ old tradition that dates back to ancient Rome. This tradition has over time adapted to the realities of the modern world, and alternative contemporary gifts are offered along with the traditional ones. Now it seems that a further adaptation is necessary to include wedding anniversary celebrations and gift ideas for the same sex couples.

My Wedding Anniversary team has done some research into how gay and lesbian couples celebrate their wedding anniversaries, and in fact, whether they celebrate them any differently than straight couples.

Which Date To Celebrate

The question is, which date to celebrate? As the Equal Marriage laws are quite recent, long-term gay couples had to celebrate not the date of their wedding, but a different date, such as:

Some couples even celebrate a dual date – a date when a partnership started and a wedding date once it became possible to get married.

This is one very thoughtful and original idea:

“We are a gay couple and will have been together for a total of 12 years. For our tenth year anniversary, we decided to further cement our relationship by getting married in Canada… I am usually fairly creative with gift ideas. For example, last year, for our 11th (relationship) /1st(wedding) anniversary, I got him shares in a steel company. While this may seem a bit unromantic and not very thoughtful at first glance, it really was. The traditional gift for a 1st anniversary is paper and the traditional gift for an 11th anniversary is steel. Thus, the purchase of stock in a steel company combined both traditional gifts representing our dual anniversary”.

The other issue that the LGBT community is actively debating is whether to follow the traditional wedding anniversaries gifts by year suggestions or challenge the traditions and go for unique and quirky novelty gifts.

“Should a non-traditional couple give traditional anniversary gifts?”

“Why would a same sex couple be any different than a straight couple?”

“Give them a “gay” gift?…or treat them like other human beings?”

While the opinions vary a lot, the common sentiment seems to be to give your partner something that would make him or her happy, feel loved and appreciated and to celebrate your success in building a relationship together.

“I’m sure that a lot of things would work just fine for anyone, but there is, in fact, a culture of heterosexuality with a long tradition and specific cultural markers which gay folks might not want to participate in.”

“That heterosexual culture isn’t always friendly to gays, and some might not want to carry on traditions like the silver, gold, diamond jubilee, getting married in a church by a priest, whatever, etc. It’s a personal preference, though. Other gays might want to stick to those traditions as much as possible to show that anyone can own them, not just heteros. It depends on who you’re talking about”.

“I think that you could get him something that he really likes or something that will help him with a hobby, I think that is always sweet, if he likes drawing buy him a drawing kit, if he likes gardening buy him some gardening tools or something, I know that sounds boring, but speaking from experience it does mean a lot because they are embracing your love of a hobby that you are passionate about”.

“I’m supposed to get my partner a gift? But we are two GUYS! Guys don’t care about gifts… shit”.

While it is hard enough to find that perfect anniversary gift for Her and Him, the selection of meaningful, not just stereotypical rainbow themed “Mr. & Mr.” and “Mrs. & Mrs.” gifts is even tougher. But with approximately $2.6 billion being invested into the gay wedding industry in the US alone, including the retail, flower, jewellery, photography, restaurants, and the travel sectors, we will no doubt see the development of the specialty gay and lesbian wedding anniversaries gifts industry in the very near future.

At this moment in time we are witnessing a completely new social phenomenon, where there are no established customs and no recommendations to follow and where we can create an entirely new tradition that will also take into account the interests and wishes of same sex couples.

Please send us your comments, ideas and suggestions and let’s create our own Same Sex Couples Wedding Anniversaries Gifts Guide!