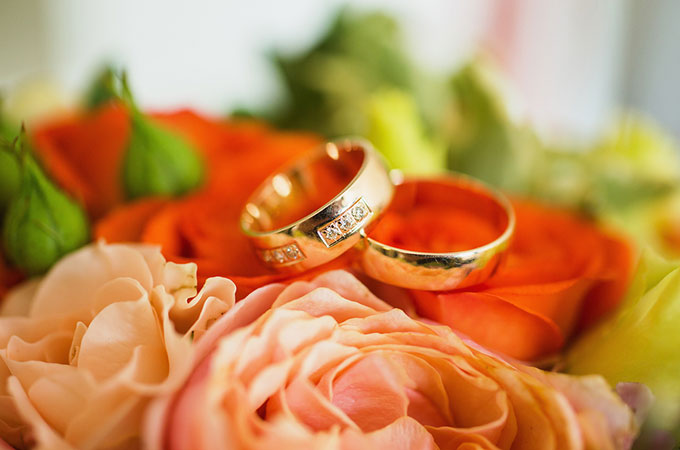 Below is a list of both traditional and modern gift materials, as well as classic flower and gemstone symbols, which mark a couple’s 69th wedding anniversary in countries around the world…

Your seventh decade of marriage might be imminent, but this 69th wedding anniversary is still an important date to be treasured.

Plans for a massive celebration will probably be on hold until next year, so this will no doubt be a more simple and intimate gathering for family and close friends. Nevertheless, a few valuable tips are always useful when planning any anniversary party that celebrates a couple’s deep and long-standing commitment to each other. And 69 years is impressively long…

First of all, find out as much as you can about the couple’s younger days. Use this information to develop a song playlist that features their favourites from bygone years, when they were newlyweds.

Enclose a note in the invitations asking each guest to write down a cherished memory of the couple. Gather the stories and either read them out at the party or use them to create a scrapbook which can be given to the couple as a wonderful memento.

As it is pretty safe to assume a couple who have been married for nearly seven decades will have everything they need, gift-giving could be something of a challenge this year.

It is also likely that the high-tech era has passed them by, at least to some extent, but it’s never too late to learn. So grandchildren or great-grandchildren could introduce the couple to the latest technology, buy them a computer or tablet, and teach them how to search the internet, send an email and video-chat over Skype.

Not only will this open a new world to them (unless they are already fairly tech-savvy – and not all elderly people have been left behind!) but it will also help them keep in touch with distant friends and family. The chances are, for example, that some members of the family have settled overseas or at the other end of the country, and improved communications are one of the great benefits of modern society.

Otherwise, for an economical and thoughtful gift, consider creating a memory tree. Find a large real branch or small fake tree and fill the branches with photos commemorating the main events and special moments in the couple’s lives. Add some gift cards for favourite stores, vouchers for restaurants where they still enjoy dining out, or tickets to concerts, shows or other events that are relevant to their tastes and interests.

Then, after new memories have been shared and the final glasses of 69th wedding anniversary bubbly have been clinked, it will be time to look ahead to one of the most amazing celebrations of all: the Platinum Anniversary.